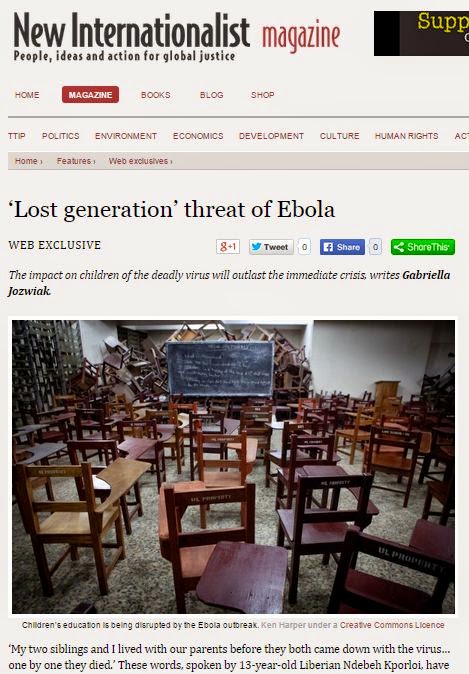 ‘My two siblings and I lived with our parents before they both came down with the virus… one by one they died.’ These words, spoken by 13-year-old Liberian Ndebeh Kporloi, have become a familiar story in countries hit by Ebola. Across the worst-affected regions of Liberia, Sierra Leone and Guinea, at least 9,191 people have now been infected and 4,546 have died, according to the World Health Organization (WHO). While Ebola has dramatically changed everyone’s lives in these regions, children are experiencing a degree of suffering for which childhood cannot prepare.

One of the biggest concerns for children is the escalating number of orphans. In September Unicef estimated at least 3,700 children had lost one or both parents to Ebola. That number is growing, as Unicef’s Liberia spokesperson Laurent Duvillier explains: ‘WHO data shows the most Ebola-affected age group is aged 25 to 36 – that means most of them are parents. We have anecdotal evidence that the number is growing, following the exponential growth of the number of cases.’ The WHO has warned that by December there could be as many as 10,000 new infections each week...

Read the full article on the New Internationalist website.
Posted by Gabriella Jozwiak at 03:53